Whenever we think of downloading any latest movie or video game for free, we think of torrent sites. And among all the torrent clients uTorrent has managed to, the question is, “Is uTorrent safe?”

There are a lot of debates and misconceptions about the legality of uTorrent and other torrent sites. In different countries, the rules and laws regarding torrent sites are not similar and legal at the same time.

Here in this article, I will help you with some essential information about “Is uTorrent safe or not.” Let’s start with getting the basic idea about what uTorrent actually is. And then, we will head towards the main topic about the safety concerns of uTorrent.

uTorrent is basically software, which is used for downloading large files, that too in a file-sharing environment. In the year 2005, by the month September, this program was launched.

Along with being a part of BitTorrent’s portfolio, the name behind uTorrent is Luvig Strigeus. One of the best things about uTorrent is, it is available in 67 different languages with over 100 million users across the world.

This amazing program from BitTorrent is designed in such a way that you can use it in almost every major desktop and mobile operating system, like Linux, Windows, Android, and also OS X.

Now, you have got the basic understanding and pretty much the basic essential information about uTorrent. So, now we can head towards the main topic and find out the answer to “Is uTorrent safe?”

Yes, uTorrent is safe as long as you are maintaining and following certain things. They are as follows.

The best thing about uTorrect is it is free, and when you are downloading the program from the official site, it comes free of malware. As long as you are not downloading any copyrighted content pieces, you do not worry about the legality cause it is legal.

But still, I will always recommend you to use a strong VPN while using uTorrent and make the usage in a private and safe manner. There are a number of torrent users who do not trust uTorrent at all, as once it was bundled up with a crypto miner.

Apart from the above-mentioned things, uTorrent also contains some other issues and concerns, such as annoying bloatware and ads.

How safe is uTorrent?

I hope the answer to your question, “Is uTorrent safe?” has satisfied your query. But at the same time, you should be aware of the common complaints regarding uTorrent being not so safe.

uTorrent comes with some unnecessary software all bundled up together. When you skip the installation instruction without even reading them, you will end up with an unwanted program installed. Apart from that, sometimes, that software can be malicious.

uTorrent also features in-app ads. It is pretty annoying and also increases memory usage at the same time. Some users also have experienced malware infections as a result of uTorrent’s ads. If you are searching for a good example, the Meadgive is a considerable one.

A few years ago, the uTorrent installer came with a Bitcoin crypto miner. However, the devs had removed it; still, this shady move has caused several people to switch to different clients of torrent.

A huge number of torrent users do not prefer or like the company anymore, which develops uTorrent. As per those users, the parent company BitTorrent Inc. is a profit-driven firm and will not hesitate to put the privacy of users in danger if it brings them some quick buck.

5. Flagged As A Virus

A number of torrent users also have complained that their antivirus programs are flagging uTorrent as an unwanted program or virus. When I tried to install it, my antivirus program also did the same.

I hope from the above discussion, you have already got your answer to the question, “Is uTorrent safe?” If you have any further queries or questions, you can directly reach us. You also can share your valuable thought to let our readers know about them.

Till then, here are some common questions, which come into our minds whenever we think about uTorrent or any other torrent site. I hope the answers will offer you a solution to your problem.

1. Is uTorrent Safe To Use Anymore?

Ans: The best torrent client is actually uTorrent. Apart from being free, it is pretty safe as well. Still, I will recommend using a powerful VPN to keep everything on a safer note. Always remember whenever you are using uTorrent or any other torrent client, your IP address is exposed. It implies that third parties are able to uncover your location along with targeting you with some sort of malicious attack.

2. How Do I Know If uTorrent Is Safe?

Ans: If you are using the software or app on your pc or on your mobile phone, there is no such harm. But when you are downloading any files from the sites, you have to be a bit more careful, as there are chances of malware attacks. So, in case your system is providing any warning, it will be better to leave that site and try with another one.

Ans: 2022 is almost ending now; we have witnessed a lot of things during this year and also in the previous year. Everything has changed a lot. But when it comes to using uTorrent, the scenario is still the same. The usage of software similar to uTorrent is not at all illegal. But it is actually digital piracy, which is indeed illegal. That is why using uTorrent is still considered illegal in 2022.

4. What Is Better Than uTorrent?

Ans: Here is a list of some alternatives of uTorrent that you can rely upon at any point.
i. Bitport.io.
ii. qBittorrent.
iii. Vuze.
iv. BitTorrent.
v. Deluge.
vi. Tixati.
vii. Transmission.
viii. Tribler.
ix. Boxopus.
x. Halite.
xi. Frostwire.

So, now you get a clear idea about your question, “Is uTorrent safe?” you can consider uTorrent for using torrent sites, but at the same time, you have to be a bit more careful about the usage, like VPN is a must here. Always update the software and do not open any types of ads that are showing there.

1. Exterminating Scratch Disk Errors On Your Mac
2. How To Delete A YouTube Channel – Step By Step Guide
3. 6 Urgent Steps You Need To Take When Your Facebook Account Hacked 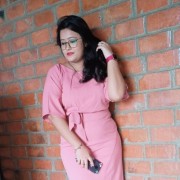 Rajani
Rajani Sarkar is nothing except a mixture of all the characters that she has read from her childhood. Being a hard-core foodie she loves to try different cuisines and explore new places. Gathering information and learning about almost everything and sharing them with others is what she does to live her kind of life.
Previous

Robotics are quickly becoming an essential part of many industries. From manufacturing to logistics, robots ...
By Sumona
November 21, 2022

If you are just starting a business and don’t exactly know what a receipt scanner ...
By Nabamita Sinha
November 4, 2022

What is Marianas Web? The Most Mysterious & Dark Place on the Internet

It’s a good thing that the majority of internet users have seen the brighter side ...
By Shahnawaz Alam
October 26, 2022

Where There’s Blame, There’s A Claim: 3 Mistakes To Avoid After Getting Injured By A Defective Product

Is It Okay To Binge Watch Anime?