Boris Johson has decided to step down from his role as the leader of the Conservative Party and Prime Minister of the United Kingdom. However, he will be staying in his role until a new candidate is announced. The announcement will be in the late Autumn of 2022.

Boris Johnson has been watching his party fall apart in the last couple of weeks. In the last few years, there are more than 50 ministers have resigned from their roles because of Boris’s inability to step down. The Eton-educated politician has enjoyed his three years as the Prime Minister.

There are different fellow MPs who have claimed that they will not stand by Boris’s decision regarding the Chris Pincher scandal. He knew about the deputy chief and the allegations, and still, he appointed him to that position. After spreading the news, there is no chance that his party members will support him.

Now, he has to find a new job. But what about the last three years as Boris Johnson UK Prime Minister, enjoyed? In this article, we will talk about how much does Boris Johnson earn. You are going to be amazed for sure. But, before coming to the, let’s talk about this person a little bit.

His full name is Alexander Boris de Pfeffel Johnson was born on 19 June 1964. Many people don’t know that he was born in Manhattan, New York. His father’s name was Stanley Johnson, and his mother’s name was Charlotte Fawcett. After the birth of Boris, his parents came to their native country England in 1964.

In his early life, he experienced fox hunting. His mother mostly raised him, as his father was regularly absent. From a very young age, Boris was studious and quiet. But he was deaf, and after a few surgeries, he could hear like a normal person. Boris’s childhood ambition was to be the “World King.”

For being a meritorious student, he received the King’s Scholarship and went to Eton College. Though his mother was a Catholicism, he became an Anglican. Later he went to the University of Oxford to study. He has a degree where his topics are English, Ancient Literature, Classics, and Classical  Philosophy.

He has had a long career as a politician since 1987. Here I have divided every part for your better understanding. Boris Johnson net worth is around $2 Million. Let’s find out about his career.

In 1987 he started as a graduate trainee at The Times. After that, Boris was a writer in his early career at The Daily Telegraph. His main readers were middle-class and middle-aged conservatives. He had a different type of style to writing.

After a couple of years, Boris became a war reporter. There he was able to make his career flourish. In the same year, he told about his wish to be a Member of the European Parliament. In 1999, he appeared in different television shows.

In 1999, Boris became the editor of the Spectator. Though there were so many criticisms about him, avoid serious issues. He was able to spread his reputation, no matter as a good or bad editor. He was also famous for making incorrect predictions.

In early 2007, Boris announced his candidacy to become the Mayor of London. And he became the Mayor in 2008 with 79 percent of the total vote. In his time as the Mayor, he made policies in the sector of black cabs, The Londoner newsletter, congestion charging zone, and pollution.

England was set to organize the 2012 Summer Olympics, and Boris Johnson was able to make these proceedings smoothly. And this helps him to become the Mayor of London for the second time.

After the resignation of Theresa May, Johnson was appointed as the Prime Minister of the United Kingdom. After becoming the PM, his first decision was to leave the European Union.

How Much Does Boris Johnson Earn?

When it comes to the salary of the Prime Minister of the United Kingdom’s annual salary is £164,080. This income is split into two titles. The first income is to be The Minister and the second split is to be an MP. These incomes are £79,936 and £84,144, respectively.

Before Boris, Theresa May used to get £153,907 as her annual salary. The sum was less than Boris’s salary by £10,000. He also has the right to live in the Downing Street flats, in the heart of London. He and his wife, Carrie Johnson, live there right now.

Prime Minister’s Salary: Who Sets That?

In 2020, Boris Johnson announced that there would be no salary increase due to Covid pandemic. In this matter, the House of Commons Information Office says, “Government ministers, the speaker of the house of Commons and Deputy Speakers, as well as the leader of the Opposition and Opposition Chief and Deputy Chief Whips are entitled to a salary in addition to their salaries as Members of parliament.”

Here are some interesting questions and answers.

Ans: After completing his second term as the Mayor of London, he was appointed as the Foreign Minister in 2016. He became the Prime Minister in 2019 after the resignation of Theresa May.

Ans: Rishi Sunak was appointed as the new Prime Minister of the United Kingdom on 25 October 2022. Before his tenure, he was the Chancellor of the Exchequer for two years, between 2020 to 2022.

Q3. How Many Languages Can Boris Johnson Speak?

So, I think you have got your answer about how much does Boris John earn. There is no source to know what he is going to do after ending his tenure as the Prime Minister of the United States.

I guess this article is helpful and full of information. Please do not forget to leave your valuable feedback in the comment section below. 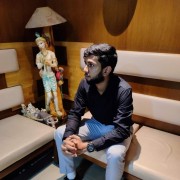 Anirban Mallick
Anirban Mallick is passionate about writing since his early age. He comes from Kolkata, which is famous for its rich heritage. This young person loves to write about sports, cryptocurrency, marketing, gaming, and other topics. This is why he loves to call himself the “Jack of all Trades.” He has a PG Diploma in Advertising and Public Relations from IIMC, Delhi. In his free time, he loves to write stories, read books, watch movies and play outdoor games, mostly football.
Previous

What Types Of Portable Charger You Should Carry For Traveling?

What Types Of Smartphone Gimbals Should You Buy For Vlogging?